skip to main | skip to sidebar

City Attorney Carmen Trutanich hosted a Meet and Greet/Roundtable Discussion with more than 30 representatives from Domestic Violence Agencies throughout the area. 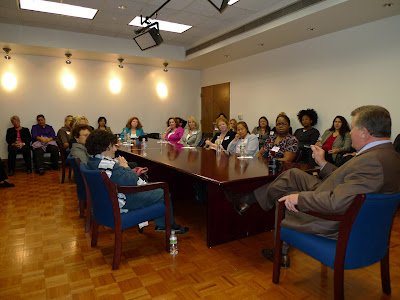 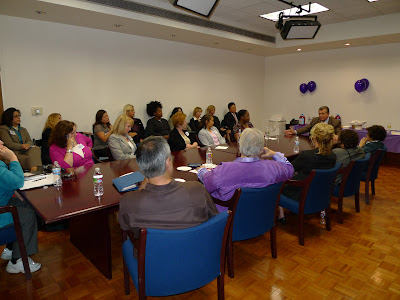 The City Attorney shared his experience as a Prosecutor of Domestic Violence crimes and his plans to address this serious problem as City Attorney, including introduction of a Bureau of Investigators to provide both trial and victim support and Mentorship programs to prevent and guide youth away from violence. 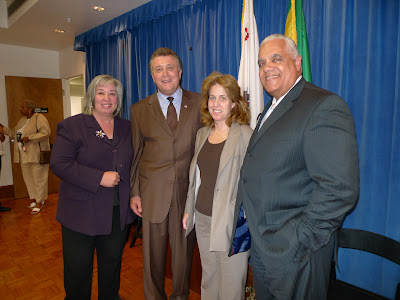 Above (left to right) Maureen Siegel, Carmen Trutanich, Eve Sheedy, and Earl Thomas
Posted by: Eve Sheedy
Photos by: David Berger
Posted by lacityorgatty at 11:22 AM

Promote Your Page Too